The Day You Died 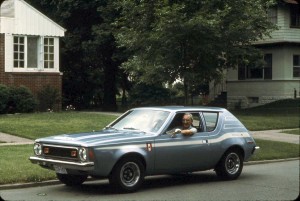 It’s been twelve years since my Dad died, while setting the table for lunch one hot July Saturday.

Funerals can be deeply weird. And I’ve often wished that I could sit down with Dad and tell him about the weirdest moments of his…

When you go into a funeral home for visitation, there’s a guest book that you’re encouraged to sign. Until they sent yours home with us after the funeral, I had no idea that there was more to these books than just a list of who came out (and I never used to sign them, thinking that having a quiet word with the bereaved was enough. I didn’t realize what a state you’re in when someone has died and how much you forget. That list of names can be a real comfort in the weeks afterwards, reminding you that your friends really did care enough to actually show up.). The rest of the book had pages for who your pallbearers were and what hymns were sung at church.

It’s like those baby albums, with all the little details of “The Day You Were Born” that new parents are likely to forget by the time the wee one is old enough to ask. I was deeply disappointed when I flipped to the cover and saw that it wasn’t, in fact called “The Day You Died”.

Nor was there an entry for “Name of the Doctor who Declared You Dead”. It was the man up the street, the one you never spent any time with. Marlene From Next Door fished him out of his rose bushes when the police said that you couldn’t be removed from the dining room floor until a doctor had signed your death certificate and this being summertime and the coroner being away…. Could be Monday.

Your death was a shock to us all, Dad. For a guy who never liked to cause a fuss, you really stirred things up.

On the first day of visiting, I thanked an older man for taking the time to come out. He was a friend of a friend of Aunt Nell’s. He grasped my hand, looked me in the eye and, shaking his jowls, said, “Your grandfather was a great man.”

“No. He’s your grandfather.”

I should have let it go. People are always telling me I look younger than I am. But I inherited your obsession with detail, your insistence on the truth. So I said. “No. He’s my Dad.”

The man looked utterly baffled and, possibly because of inheritances of his own, tried once again to tell me how wonderful a man my grandfather was.

“Yes, I’m sure he was,” I said. Both of my grandfathers having died before I was born, I’m reliant on the word of others as to what kind of men they actually were. “But the man in the coffin up there is my father. Excuse me!”

Not a great start to the day.

At one point, I stumbled upon my brother John. A short, be-permed lady was weeping into his chest about how much she loved you. John patted her back with one hand, while pointing with the other and mouthing to me, “Who IS this????”

While you and Mum had very thoughtfully pre-planned (and pre-paid! Thank you!) your funerals (and I’m almost over the fact that you chose to tell me all about it one year at the very start of our Christmas visit. On Christmas Eve in fact, Ho Ho Ho, of the year Eileen was dying. But that was more Mum, wasn’t it. She was the one who said to you every time you passed the funeral home on the way to the Cancer Centre for your radiation treatment “We need to get in there and make plans!” Timing was never her strong suit. And never mind that those plans? SIX YEARS before they were needed.) you made no indication of your wishes for your actual funeral. We all knew it had to be a Mass, staunch church-goer that you were. And the lady weeping on John’s chest was actually one of the church readers whose schedules you managed for so many years.

So early on the morning of the second day of visiting, Mum asked me to go with her to the church to make plans. Three out of five of your remaining children still partake and she asked one of the other two.

I held it together pretty well. Requested your favourite hymn, the Crimond ‘The Lord’s My Shepherd’. And ‘Amazing Grace’. But there are a lot of songs in a Mass of Christian Burial. We had to fill in. The priest made a few suggestions. I nodded, remembering them from my youth. “The chestnuts,” I said. “That’ll be great.” Mum gently placed her hand on my forearm and gave me her patented ‘freeze the altar boys at 100 yards’ glare (boy it had been awhile since I’d been on the receiving end of one of those) and I shut the hell up.

After sobbing through the Crimond, I grabbed Alan and whispered, “Who CHOSE these hymns???”

“You did,” he said, sympathetically.

Because you opted for cremation, we didn’t go to the cemetery after the funeral, just filed out of the church, put you in the back of the hearse and waved good-bye, as we waved  good-bye to anyone anytime they left a gathering.

But then it happened.

You were always such a law-abiding man. You declared everything you carried over the border for the whole 13 years you commuted from Windsor to your job in Detroit, including, I like to tell people, your lunch. And traffic rules were not to be questioned. U-turns were illegal, no matter how convenient and you’d sit at a red light at four in the morning with no other car in sight because, once you start making exceptions, where does it end?

So we stood in the driveway of the church as the hearse made its majestic way into traffic, turning first right and then slowing at the break in the median. The tension level among your children rose. “He’s not going to…” I muttered.

The hearse stopped, awaiting a break in traffic and then swung round in a graceful U-turn and headed the other way as we stood, horrified.

“Dad would just shit,” Alan said. Michael, on the other side, squeezed my hand in mute agreement.

8 Responses to The Day You Died