How Not Having Children Made Me a Better Person 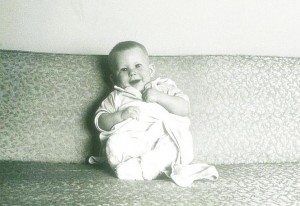 OK. I’ll admit it. That title is total inflammatory click-bait. Sometimes I just like to mess with my Google rankings. And I want to assure you that, even though I am childless, I am very pro-parents. It’s hard, often thankless work and most of you do it with breathtaking grace.

But you’ve seen those articles, haven’t you? The ones where someone becomes a parent and suddenly discovers compassion, the environment and the wonders of sunshine. And writes as though their child(ren) invented compassion and sunshine.

Before they had children, they could watch the news and it didn’t seem to affect them at all and then parenthood happened and magically they were connected to the suffering of others. And they believe this only happened to them because they became parents. And some of them go so far as to theorize that ONLY parents can know these things and feel these feelings, and that, I’ll admit, does make me a little snippy.

I applaud anyone who discovers their humanity, who realizes that we are all connected, to each other and to the earth. But I think this happens more by a process I like to think of as Growing the Heck Up and Getting Over Myself than by pushing tiny humans out into the world.

Because, let’s face it, with 7 billion of us on the planet right now, there have been a lot of people becoming parents over the years. If that alone caused people to become better, wouldn’t the world be in a better state than it actually is? Surely we would have ended hunger and/or achieved world peace by now.

We learn our lessons when we’re ready to learn them. And for lots and lots of people, having a baby coincides with being ready to learn those lessons of compassion and a wider world view. These things happen concurrently but, maybe due to sleep deprivation or the overwhelming cuteness of children, people get confused and think that having children caused the compassion. It’s really easy to mistake cause and effect. I’ve done it myself on occasion. And I think we should cut new parents a whole lot of slack, just because.

But to credit parenthood with all the goodness in the hearts of humanity doesn’t just do a disservice to those of us who are childless, for whatever complex reasons we happen to find ourselves in that state, it also does a disservice to parents.

It’s lovely of you to want to give all the credit for your newly softened heart to the tiny humans in your life. And maybe there’s an evolutionary advantage to that. But when you get a minute, you might want to look around and notice that not everybody who has children is as good as you. Some parents are environmental nightmares. Some don’t actually give a crap about others. And some are just really bad parents. So those of you who are trying and doing actual good in the world will be taking nothing away from your children if you take a moment and give yourself a little pat on the back for being the good people you are.

We’re all in this together, parents and non-parents. It’s a big old world and the paths to enlightenment and compassion are many. Opportunities for greater maturity and love happen every day, whether we’re in our child-bearing years or not. We see them whenever we’re ready for them and as our hearts open, we say that looking after a dying parent, volunteering at the food bank or having a baby is what caused it. When really, the cause was some internal prompting that saw an opportunity and took it. Take away that internal prompting and the opportunities are invisible, standing dormant until we have matured, incorporated our previous stage of growth, rested up from a challenge and are ready to take on another one.

How about you? I’d love to know your thoughts on this.