A Santa Story for the Holidays! 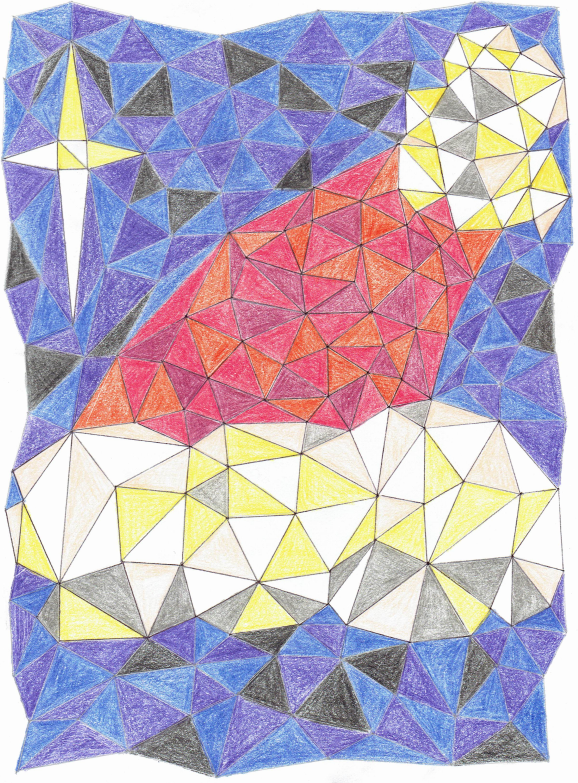 I think it’s safe to say that many in my generation grew up with a conflicted relationship to Santa Claus.

I don’t know if it was the fact that I was also raised Catholic but in my under-aged brain the Christmas story/all-seeing deity/ultimate retribution package got just a bit jumbled. I was all, so, Jesus and Santa can see me all the time, even when I’m pooping? And they will both punish me for being bad? But Jesus will wait till I’m dead and Santa doles his out every single year??!?!?!

No wonder my visits to see the jolly elf were problematic. Here he was, surrounded by wrapped boxes, fake snow and a bunch of disgruntled elves. The man who could see me even when I was pooping and he couldn’t remember my name.

I didn’t really enjoy my visits with Santa, but it was a yearly ritual that, in my child’s brain seemed like a requirement, like going to church and seeing the doctor for shots. All but the Santa visit required getting up early. They all required going out in the cold. Church required fasting. The doctor’s visits meant peeing in a bucket and putting on nice clothes. Oh, wait, so did Santa and church! The nice clothes, I mean, although I do recall one Sunday morning looking for the bucket because I thought my Mum had mentioned the doctor. And because doctor visits meant that I’d end up with a throbbingly sore arm and fever from the shots, you can understand my nervousness about going to visit any man who wasn’t actually related to me.

My brother John, on his first attempt to see Santa, took one look at the set-up and whispered to my mother that he would write him a letter. I was never aware that that was an option, or that’s what I would have done, too. But I was a conscientious little girl and I made the yearly trek to sit on his lap until I was, gratefully, too old for such things.

So maybe you can understand better some of the feelings that were flowing through my system on the night in question.

When I was finishing high school, my sister Chris and brother Kevin were in university. They belonged to an on-campus church group. One night, I was invited to join them to go carol-singing. Just to spread the joy, not to help with tuition fees or to buy beer. Any money we were forced to accept would go to charity.

We brought my sister Eileen with us. Eileen had been born with Down Syndrome. Life was not easy for her, but she was an amazingly happy person despite her challenges.  And she believed in Santa Claus until the day she died.

Now, some of us see Santa as a friendly, but distant ideal. A source of hope and tantalizing possibility. A myth to explain the goodness of humanity. A metaphor for generosity and kindness. This was not the way Eileen believed. Nope. She had that man on speed dial, along with Jesus, her best friend. They were like a small gang. And you did not want to cross them.

We always tried to be good to each other. Ours was not a teasing, prank-playing sort of family. But any family with as many people in it as ours had is bound to get on each other’s nerves sometimes. And when we pissed Eileen off, she’d get really angry and shout at us. “That’s it! I’m going to tell Santa/Jesus on you!” Once she reached for the phone and a chill ran down my spine, so strong was her faith.

As we made our rounds that night, the front door of the house a few down from us opened and a man in a Santa Claus suit rolled out in a joyous cloud of booze fumes and jingle bells.

The next few moments will be etched in my memory forever.

Because of our family history, my siblings and I are frequently caught unprepared. “Is this your whole family?” people will ask, innocently. Or someone will show up in a Santa suit, when we least expect it. We have then, what I think of as Meerkat Moments. From around the room, McMahon heads pop up and we look at each other in panic. What should we say? Too much? Too little? We never have an answer ready. We never talk about it ahead of time. We never expect to see Santa a week before Christmas.

But just because we don’t talk doesn’t mean we don’t communicate. And in that Meerkat Moment, as Eileen was racing joyfully to meet him, a single glance among the three of us conveyed it all. We didn’t want to beat up Santa, but, if he didn’t handle this properly, we knew we’d have to.

People aren’t always kind to those who are different. We don’t always know what to say or do. And we had seen Eileen suffer too much at the hands of others to put up with any kind of shit from anyone, even Santa.

Fortunately, he believed in the suit and all it represented. He swept Eileen up in a bear hug and arm in arm they moved to the next house. We three trailed along behind. Our services not needed as protectors, we became her back-up singers.

He stayed with us for the rest of the evening, totally making Eileen’s Christmas. We invited him to join us for hot chocolate, but he turned us down and with a cheery HoHoHo, disappeared into the night.

4 Responses to A Santa Story for the Holidays!