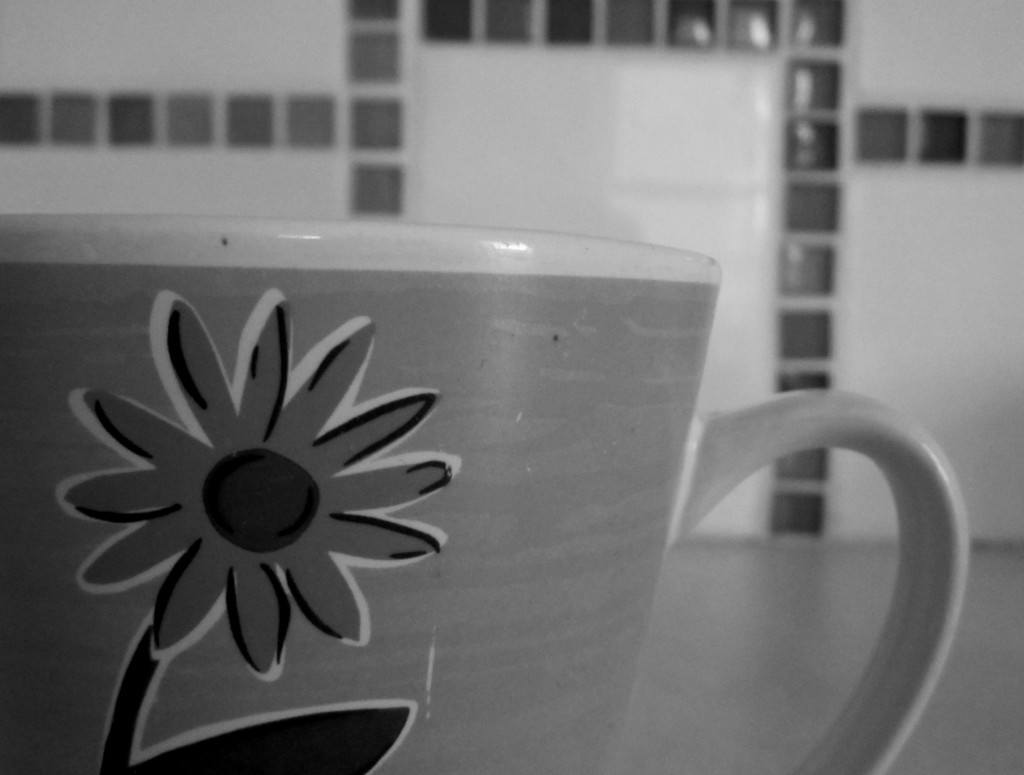 Marion Maxwell sighed and then picked up last night’s paper from the coffee table to put in the bin on the back porch.

As she walked through the chill, womb-like quiet of the house to the kitchen, she stopped in the dining room to straighten a picture and raise the blinds in that window as well.  The picture was hers, taken on her graduation from business college.  It hung in a grouping with the wedding pictures of the rest of her siblings.  Doug and Theresa, already looking like the success they knew they would be.  Bob with his first wife, long-divorced.  They had fought about keeping the picture up there, but Mother had stated that in the eyes of the Church Bob and Sophia were still married.  The other three marriages had simply not taken place, and Eunice had no standing at all.  No wonder Bob never came to visit.

John and Natalie’s picture was also there, Natalie’s bouquet carefully positioned to hide the bulge that was Toby, already growing inside of her.  John and Marion were the closest in age, just over a year apart, not as carefully spaced as the others.  Marion sometimes wondered what temporary giddiness had overcome her mother and caused two babies in such close succession.  Maybe it was their age that made them so close.  Or maybe John had recognized a fellow-sufferer in her desire to break away and live her own life.  Poor John had had a rough childhood, coming after Doug, the achiever, and Bob, the favourite.  He could never get anything right, no matter how hard he tried.  And he had tried, until his late teens, when he had finally given up, found the woman of his dreams and decided on a career as a policeman, neither of which his parents had deemed good enough for the Maxwell’s of Riverside.

Marion straightened her own picture every morning without ever looking at the hopeful young woman smiling out from the frame.  This was not the life that girl had hoped for on the day she graduated.  The certificate, the offer of a good job were supposed to mean freedom.  Travel, adventure.  A man.  Somehow, none of that had happened, and Marion’s life, instead of expanding, had contracted over the years, the pleasures smaller, less grandiose than in her dreams.  Still, they were pleasures nonetheless, and who’s to say which is the better way: a life of travel to far-flung places, or a well-worn path of work, family and church?  She was a good daughter. Mother had said so.  She had liked having Marion at home.  If, sometimes, Marion had wanted to be something more than Vera Maxwell’s daughter, well, who’s to say it ever would have happened anyway?  Mother had taught her to take pleasure in what was real, to enjoy what was right there in front of her.  Instead of scaling mountains, or sailing into the clouds in a hot air balloon, the high point of Marion’s week was an evening of theatre or dinner out on a Saturday night, shared with one of her small circle of friends.

After twenty-five years, Marion had learned not to look at the hopeful girl in the picture, the girl who had seen life as an expansive whole, not as the myriad tiny fragments Marion had learned that it actually was.  Life was not a sweeping gesture, but an isolated series of small pleasures and petty annoyances.  If one dealt with each fragment as it arose, one’s life continued smoothly down the course it was meant to take.

Satisfied that the dining room, too, was as tidy as it ever was, Marion turned and, not looking at the closed door to her mother’s bedroom, she moved on to the kitchen, deposited the paper in its proper place and put the leaf in the garbage.

She did not raise the blind in the kitchen window.  It was the only one in the house with no sheers in front of it.  Because of this openness, the blind was never raised until Marion and Mother had breakfasted and dressed.  Mother had been very stringent about her privacy, guarding carefully what she showed to the world and what she kept for herself.

“We don’t need the neighbours watching us as we eat breakfast,” she had said once, many years before. Marion had wondered at the time what it would do to the neighbours to find out that Vera Maxwell did something as mundane as eat breakfast.  Likely, she thought, they had suspected all along.

She plugged in the kettle for the coffee and then made her way to the bathroom, her slippers flapping on the old linoleum floor.

When she came back, the water was boiling.  She unplugged the kettle, took a mug down from the shelf above the sink, spooned one rounded teaspoon of instant coffee into it, added one level teaspoon of sugar.  And then she poured in the water.  Then she added the milk, just until it flowed back up to the top.  Not so much that she drowned the flavour.

While the coffee cooled down to a safe temperature, she took two slices of whole wheat bread, to aid digestion, from the bread box on the counter and put them in the toaster.

Maybe it was the sight of the two empty spaces in the old four slicer that did it.  Marion’s hand hovered over the switch as she knew, really knew for the first time, that Mother was dead.  Marion felt a jolt, as though she had suddenly awakened.  Her heart was beating quickly and she felt as though she might cry.  It’s over, she thought, feeling a terrible loss.  No more dinners for two, no more sharing the events of the day.  No more cocoa with the evening news.  No more companionship, no more complaints.  No more pencils, no more books.  The old last day of school chant ran through her head and Marion felt ashamed for feeling, even momentarily, relieved.

She had lived with her mother, had spent her entire adult life caring for her, since the night they had come into the living room and found her father dead in his favourite chair.  It hadn’t always been easy, but it was what she had always thought she was supposed to do.  Now it was over.  The first part of her life was done.  Soon she would have to move on to the next segment, just as mother had taught her.  Not just yet, her pain was too fresh, but soon.

Marion took a quick breath.  She straightened her back a little.  She moved more briskly now, and with decision.  She put the bread back in the bread box, dumped another spoonful of sugar into her coffee, carried it over to the kitchen table and, snapping up the blind, she sat down in front of the window.