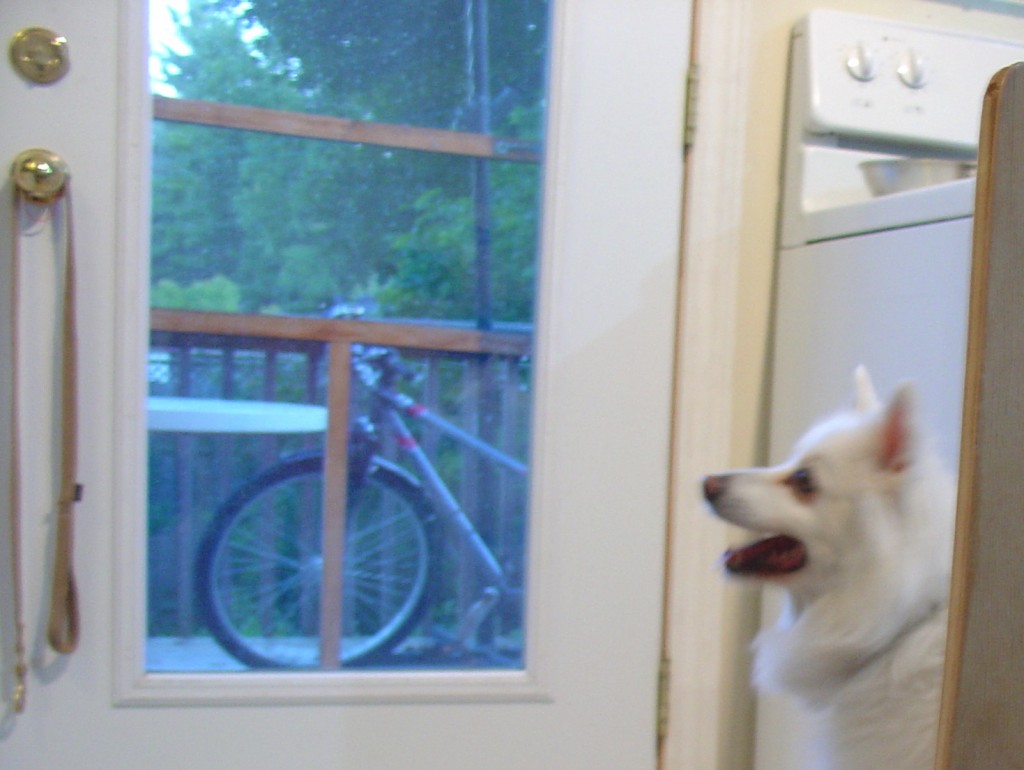 I’ve spoken before about friendships that happen when you least expect them.  And now I have another story to tell.

As we were rolling into summer, a friend called and asked if I could take over dog-walking duties for her.  I had walked Ruffles, the dog in question, a few times before.  Lynne needed to head out west to see her parents and I had not much going on so I said sure!

The plan was that I would walk him for two weekends and then he would move to a new home while his then-owner got ready to move into a nursing home.  That was the plan.

Two weeks turned into another two and then an on-going commitment.  Weekends only became weekdays as well for awhile.  And we decided to open a bakery.

As we rolled into September, I started to panic a little.  There are two major food festivals here that we need participate in.  Lynne’s parents needed more help and more time than she had reckoned and Ruffles still needed his walk.

One day, his owner, Pat, started talking about her plans for the future, her need to stop living on her own.  “I’m a hazard!” she’d say with a grin as she shuffled around her kitchen.  Living alone was getting harder and harder for her.  I worried that she’d fall.   As gently as I could, I asked what her plans were for Ruffles when a space became available for her.  Silence and then, very quietly, “He’ll have to be euthanized.”

“How sad will that make you?”

“I try not to think about it.”

I wrestled with my conscience for a moment.  Alan and I had sort of talked about it.  But in all the work setting up the bakery, we hadn’t actually reached a conclusion.

“We can’t let that happen.” I told her.  “If you don’t have anyone else when the time comes, we’ll take him.”

You know when they say, a weight lifted from someone’s shoulders?  I literally saw it happen.  That woman was three inches taller when I left that day.

And how cool is it that when I said to Alan, “I told Pat we’ll take Ruffles when the time comes.  That’s OK, right?” he just said, “Yuh.”

Well, Pat’s space came available and on Saturday night, we became dog people.  The timing is terrible.  Huge food festival this weekend.  Tons of work and exhaustion.  Plus we leave for Paris on Monday, a trip we planned ages ago. (Thank goodness for our friend Maxine who will take him in, love him up and spoil him rotten while we’re away.)  But you know what?  Now that he’s here, I wouldn’t have it any other way.  I wake up in the morning to his little cartoon face smiling at me, wondering if it’s time for a walk or a cuddle.  He hangs out in the kitchen when Alan’s cooking.  He makes friends wherever he goes.

We never planned to get a dog, he just wandered into our life and needed us.

And you know, some of the best decisions I’ve ever made were ill-considered and badly thought through, made in a moment of clarity when something deep inside of me just said “Do this!” and all the sensible parts of me  smacked their foreheads and gave up.

How about you?  Do you plan your life carefully and sensibly or do you follow that anarchic voice inside?  And which do you prefer?