Things have gotten really busy round here all of a sudden. Summer means two more outdoor markets a week for Alan, with all the extra prepping and baking that go along with that. And Kate, our counter person, needed to take some time off, so I’m in the bakery eighteen hours a week now, compared to my usual eight, which, according to my poor, tired brain, is at least twice as much time as I used to spend. At least.

Alan and I did manage to find the energy to rearrange the living room last week. Mostly because we needed to open the windows and the way it was, the sofa was blocking access. It wasn’t a huge change. We just turned the sofa ninety degrees and moved it over a few feet. And then we pushed the vintage office furniture that we use as end tables together under the window. But I like it so much that all week, every time I head to the bathroom, I take a little detour to stand in the doorway and smile at my living room.

In fact, it pleases me so much that on Monday night we had friends over for their first visit in our new place and I didn’t do my usual stress-out of “oh I hope they like it”. I realized that I like it (and the rest of the apartment) so much that I wouldn’t actually care if all our friends hated it. They all have their own homes to play with and I will be pleased as punch for them if what they have suits them as much as what we have suits us.

We’ve been able to sit out on the balcony for the last couple of weeks. At first just in the middle of the day, but for the last week, for dinner as well, which is lovely. I truly believe that everything tastes better if you eat it outdoors.

It’s been exciting to watch spring progress down the street. One day, all the trees were bare. Then I noticed a pale green fuzz around one tree. A day or two later, small leaves had developed and another tree was in the pale green fuzz stage and slowly, one at a time, they took it in turns to start the season.

There is a big very old tree right next door to us. It’s quite lovely. We’ve been sleeping with our bedroom curtains open every night since we moved here so that I can watch the sun come up through its branches. It’s such a soothing way to start the day.

I was little worried that it might not have survived the winter, with its desperate cold and ice storms. As each tree on the street fuzzed out I hoped that “our” tree would be next, but each time, it was some other tree and I got a little more worried. But finally, the green fuzz appeared and then the leaves. And one night at dinner, I said, “Ohmygoodness! Look how pretty!” And it was covered in little white flowers. 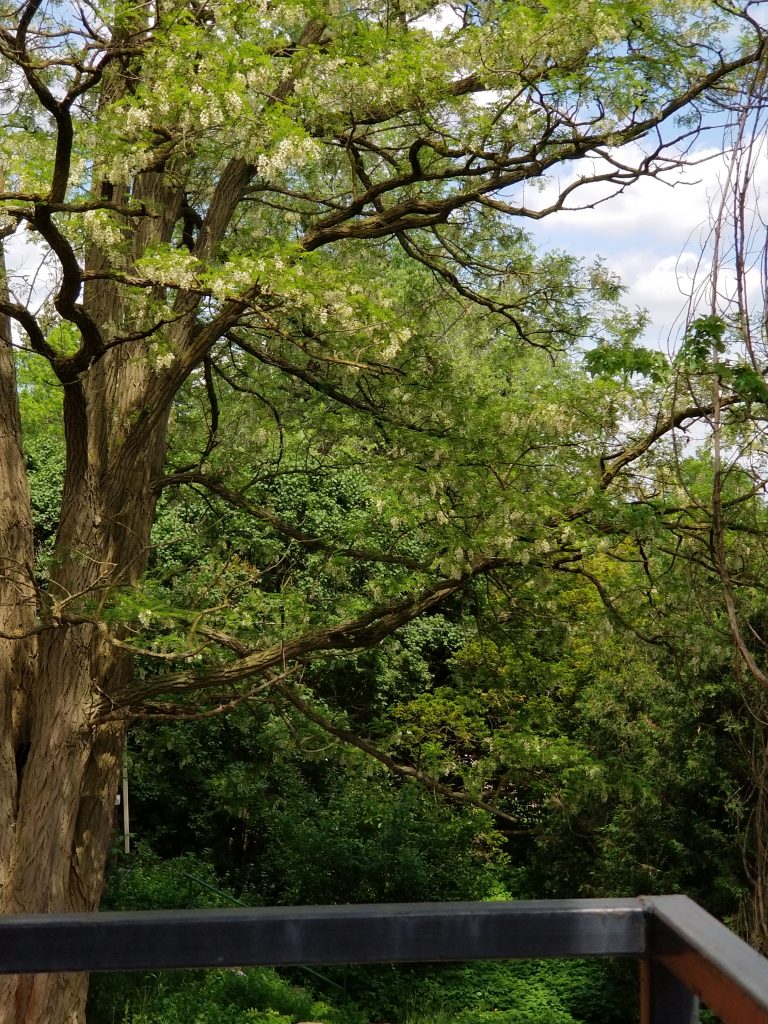 I have no idea what kind of tree it is, but I’m really thrilled that we get to spend another year together.

Paula’s plants are adjusting to life in their new home. One of them was overgrown while also sporting some very young, very delicate new growth. I didn’t want to transplant it for fear of hurting the new growth, but something needed to be done. So I cut off the overgrown bits and popped them in water. Within days, the tender little shoots still in the pot had rushed up and burst into leaf. And the cuttings have all begun to put out roots. 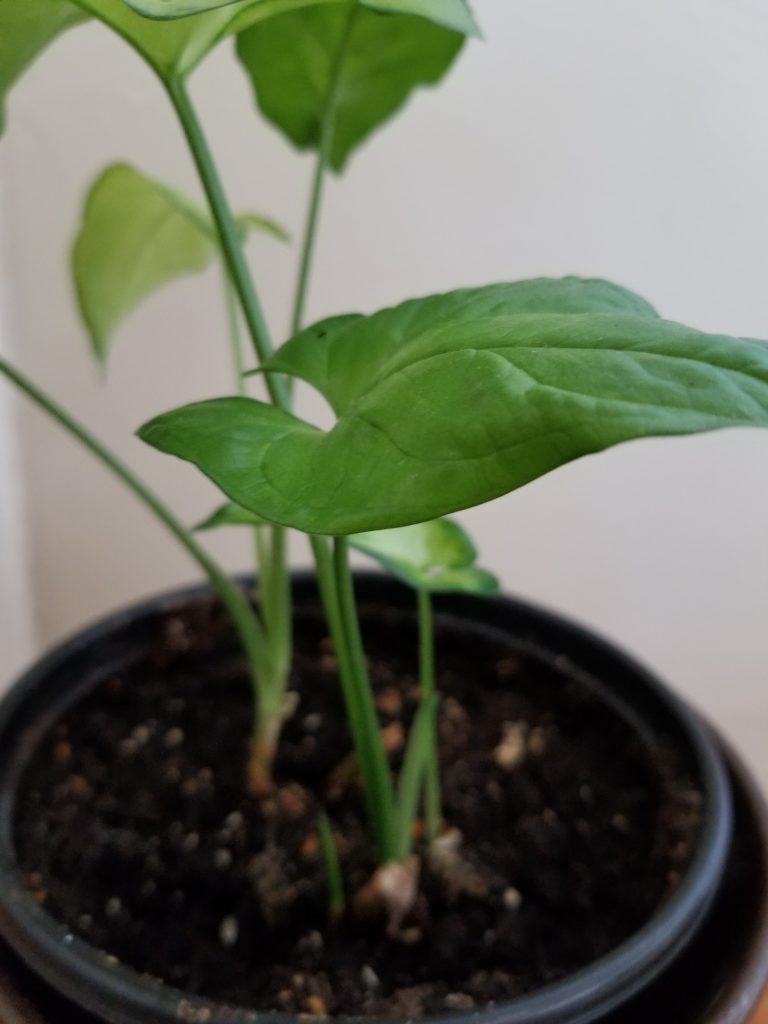 And if ever I start to thinking there aren’t enough miracles in my life, (rude, ungrateful thought) I just have to take a cutting from an ivy or philodendron, pull off a couple of leaves and pop it into some clean water and it will start to grow roots where the leaves used to be and how do they even know how to do that?!?!?!?!?!???

I hope all is well in your world. What small miracles have you been noticing lately?