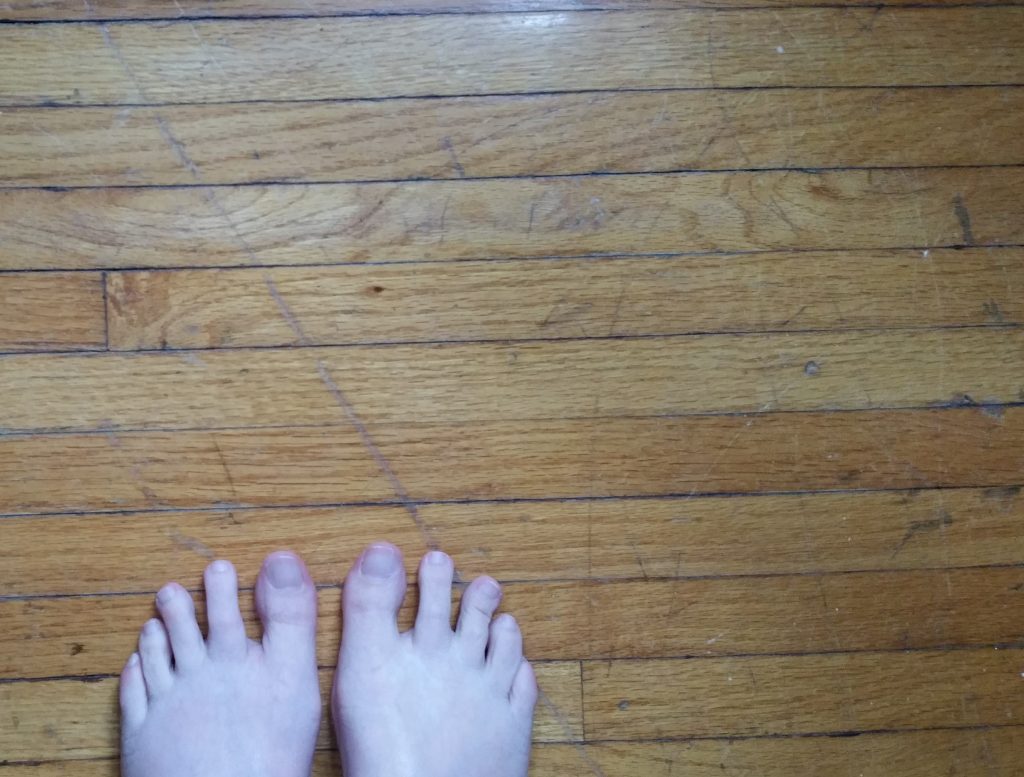 I think we all have something, some small detail of life, that other grown-ups can manage without a shiver and we cannot.

I once spent a delighted few minutes watching two friends, entirely competent at cooking and cleaning up after, gross each other out with tales of poached eggs and the rim of white that’s left behind in the pan after and how many times they’ve been tempted to just throw the pan away because the thought of actually having to clean it was almost too much to bear.

My Dad and my sister had the same conversations about oatmeal and what a horror it was if any of it got onto the spoon handle and then transferred onto your hand. Amputation, they felt, was the only solution.

What’s my thing, you ask? Toenails. Specifically, the thought of having to trim them. It’s so bad that I don’t even like doing my own. I will indicate to Alan that I’ll be doing that after my shower and he knows to have a stiff cup of tea at the ready when I’m done. I pay the groomer to look after the dog’s.

Honestly, it’s so bad that when it became apparent that babies were not in my future, one of the things that comforted me was the thought that I would never have to contend with little baby toenails and the possibility of hurting little baby toes while dealing with them. How do parents handle that? Do they have as many nightmares about it as I do?

I’ve been able to manage this quirk through most of my adult life, only having to contend with the nails on my own toes. But one day, while we were living with my Mum, she asked me to call her podiatrist. Her nails were getting long and it was time for a house call.

I made the call, only to be told that she was on holidays and the next available appointment was two weeks away.

She shook her head. “You’ll have to do it,” she said, not realizing the baggage I carried.

She carefully removed her sock. There was no way she’d be able to wait two weeks.

I pulled up a foot stool and sat in front of her. “I have to explain something,” I said. “And it’s going to sound weird.”

She wondered what I could possibly be about to confess to.

She looked down at her exposed foot. “Are mine that bad?”

“No!” I so didn’t want her to feel embarrassed or ashamed about this. “It’s me! It’s totally my problem. I’ve just always hated them. I don’t even like cutting my own.”

“I could do it,” Alan offered.

But that was just a little too much intimacy from her son-in-law for Mum’s taste.

So I gathered up supplies. A bowl to soak her feet in. A towel to rest them on. The clippers. I took some deep breaths.

“Don’t take any of this personally,” I warned her. “I just know I won’t be able to keep it together the entire time.”

“You really are silly…”

I lifted her foot out of the bowl and tenderly dried it.  Looked carefully to be sure I was clipping only toenail and not delicate toe. And worked away, breaking out in a film of sweat and trying not to make faces.

“This is really hard for you,” she marveled at one point.

“It really, really is!” I squawked, lining up another cut.

Half an hour later, we were done. Mum’s toes were good for another few kilometers and I had only gagged a few times.

“There we are!” I said with a big smile.

“I’m sorry this was so hard for you. I didn’t realize my toenails were so awful…”

I like to think that there are so many of us in the world so that we can help each other out with our quirks.  We don’t seem to have the conversation with potential housemates, but maybe we should. As in, “I cannot squish many-legged beasties in the bathroom. Can you?”

“I can do that. How are you with washing out the oatmeal pan?”

And the course of love, or life with roommates, runs smooth.

And how about you? Any funny little quirks you’d like to confess to? Please let us know in the comments so I don’t feel quite so alone…