An Open Letter to My Mother, Nearly 54 Years After the Fact 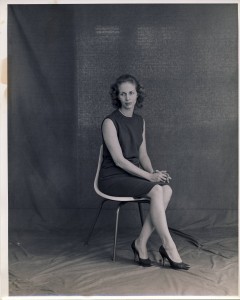 You gave birth to me reluctantly.

This is understandable. Thinking about the things you went through before I was born can reduce me to tears if I let it.  Because you had been through so much more than most.

Seven births in fourteen years. Your oldest daughter died of leukemia four years before I was born.  Your sixth child was born with Down Syndrome.  Your fear was understandable.

I was due in the middle of August.  At the time, you and my father and the rest of the family were living in Detroit, but you liked to have your babies in Windsor, in the hospital where you had trained as a nurse many years before.  When labour began, you’d pack your bag, alert my father and various minders for the children and over the border you’d go.

In those days, the border guards were all men and not one would delay a woman in labour.

Years later, you realized what you could have gotten away with, smuggling drugs or diamonds, had you thought of it.  There were five trips across the border.  Six, if you count the two you made for me.

Your two oldest children were born in England, where you lived with my father after the war.  You hated giving birth over there, hated the National Health Service, a hatred that would come back to you in later life as Canada moved to socialized medicine and let its standards go all to hell.

Somewhere in the heat of that August day, as your labour progressed and my birth became imminent, you realized that you just weren’t ready for this.

The last birth had just been too hard.

Eileen was born less than a year after Patty’s death, a death that shattered the illusion of invulnerability that surrounds any family before they suffer their first loss. It’s an illusion that most can hang onto until the death of the first parent, when the “children” are grown with families of their own.

But we weren’t so lucky.

Patty died and you had Eileen and you and my father looked on that as another chance.  A fresh start. A chance to be happy again.  The nurse took her away as soon as she was born, telling you that she had jaundice and needed to be in an incubator.

For three days, they kept her in the nursery, under the lights.  You had given up breast-feeding many babies before, so it seemed plausible.  For three days, you floated on a cloud of hope.  My father would come to visit you, smuggling in a thermos of martinis and you would toast the end of sorrow, the fresh new future.

And then, finally, you were told the truth.

These days, Down Syndrome is not such a bad thing.  A different life, certainly, but one that can be as happy, as fulfilling as any other. Back then it was a catastrophe.

In the end, it wasn’t even the doctor who told you.  He was your friend, an intern while you were a student nurse.  He’d wanted to date you, all those years ago, but you’d turned him down. He moved on, romantically, married someone else and had an even bigger family than yours.  But you remained friends and at that crucial moment, he let you down.

“Why didn’t you tell me?” you asked, the martinis and the hope packed away for good.

He couldn’t because he knew how much it would hurt you, how much you’d already been hurt.

When you tell me the story, more than forty years later, I’m angry, calling him a bad doctor, wanting to change the story you’re telling me.  But you’ve forgiven him, understanding how hard it can be sometimes to tell the truth, to do the right thing.

You didn’t want to be a mother again, that was certain, didn’t want to face the hope and the fear that come with each new birth, magnified, in your case, beyond what you could endure.

“I can’t have this baby” you said.

Someone suggested that now was not the time to make a decision like that, that it was, roughly, nine months too late.  But you knew your mind better than they did and somehow, labour stopped.  You left the hospital to stay with your sister for a few days and then crossed back over the border to your home in Detroit.

Eventually, it dawned on you that being pregnant for the rest of your life was not a seriously viable option and two weeks after my original due date, you finally gave in.

I was the seventh, your last one.  I heard your stories and, with no children of my own, I try to imagine what it was like for you and how you were able to do the things that you did.  I will never truly know what it was like, but I will always be grateful for the example that you set.