Let the Power of Inertia Work for You 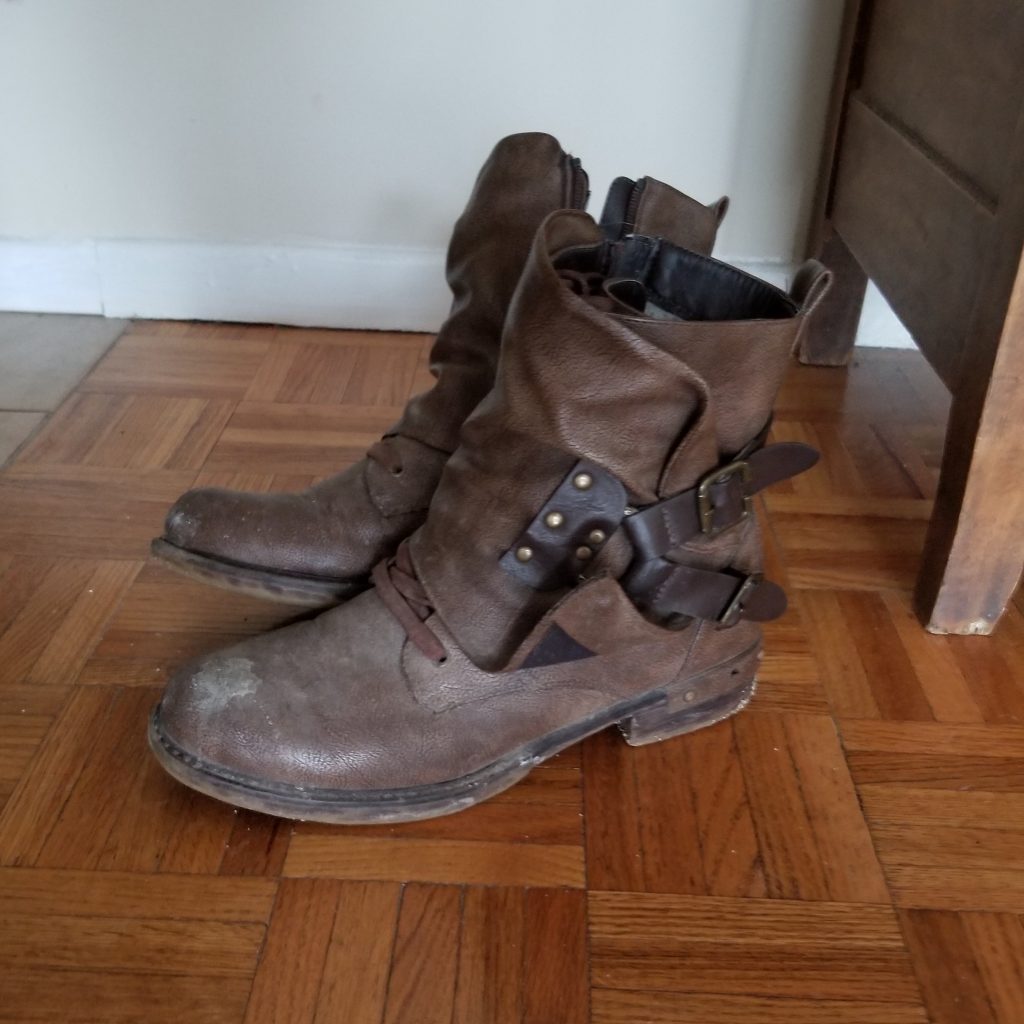 I’ve been adding a couple of new habits into my routine lately. Not, I hasten to add, because I think I need improving. And I’m not sharing this because I think you need improving. I still very much believe what I wrote here. But sometimes you want your life to run a little more smoothly, and that’s where a new good habit can help. Because we all deserve a better life.

In the past, I’ve tried to rely on the power of discipline to establish the new, better habits with practically no success. There’s something about deciding to do something that brings out my inner surly teenager and whatever it is I’ve decided to do, no matter how good for me, or even how fun it will be, will not get done, because, rebellion.

But I’ve accidentally come up with a way that seems to bypass the rebellion and that’s through inertia.

You remember inertia from your high-school physics classes, right? Bodies at rest tend to stay at rest, but once you get them moving, you’re better off just trying to keep up because it takes more effort to get them to stop. Or something like that. I went on to be an English major. I mostly slept through my physics classes.

Ever since Ruffles died, Alan and I hadn’t been doing much walking. It was easy when we had a dog. He needed walking twice a day, no matter what. So, without any thought as to whether we wanted to or if the weather was propitious, we would just get out and go for a walk. With the dog.

But then he died. And we stopped going for walks. And Alan gained some weight and I knew that walking would help my recovery but there was always a good excuse not to go. It was raining. Or too windy. Or not windy enough. Or we were tired. Or we forgot.

So one day I suggested to Alan that we just start going for a walk every day when he came home from work as if we were walking the dog. No thought, no decision, just, Alan’s home and it’s time for our walk.

It works beautifully. Just like it did when we actually had Ruffles.

Now, I must admit that after the encounter I described in last week’s post, I fell off the wagon for awhile. But I’m back in therapy now and learning to stand up to my fears. We’ve started walking again and if you’re rude to me? I will walk away from you. Because, inertia.

Soon after we started the daily walks, ahem, the first time, I listened to this podcast. It’s a way for self-employed people to add to their savings while still getting all the bills paid and it was such an exciting concept for me because I’ve been struggling for awhile with how to manage the finances when neither our income nor our expenses are the same from one week to the next.

Most budgeting advice assumes a steady, predictable income and a fair number of fixed expenses. Our rent stays the same from month to month, but that’s about all. And our income is different every single week and trying to make sense of it all was difficult and stressful. Because I’m a conscientious sort and making sure everyone gets paid is important to me, but so is saving up for some kind of security in our old age. I don’t say retirement, because Alan doesn’t think he ever will. But he might have to and it would be nice to be able to still eat if he does.

The gist of the podcast was that you should decide what your profit is before you pay your bills, set it aside and then pay what you can with what you have left. Because entrepreneurs are really good at getting things done with next to no money. It made sense to me, so now, when I’m doing the banking, I set aside the cash for our long-term savings first and then start paying the rest. And it goes like this – our employees, then our suppliers, then the utilities, then the credit cards if they’re due and then the government. And if it’s a week where everything’s come due at once and there isn’t quite enough to go around, the government gets to wait till next week and eventually everyone gets paid and our savings are growing steadily, which they wouldn’t if I paid all the bills first and put what was left in savings.

One simple habit, take the profit out first and by the power of inertia, our savings grow and my stress over the banking has nearly disappeared. 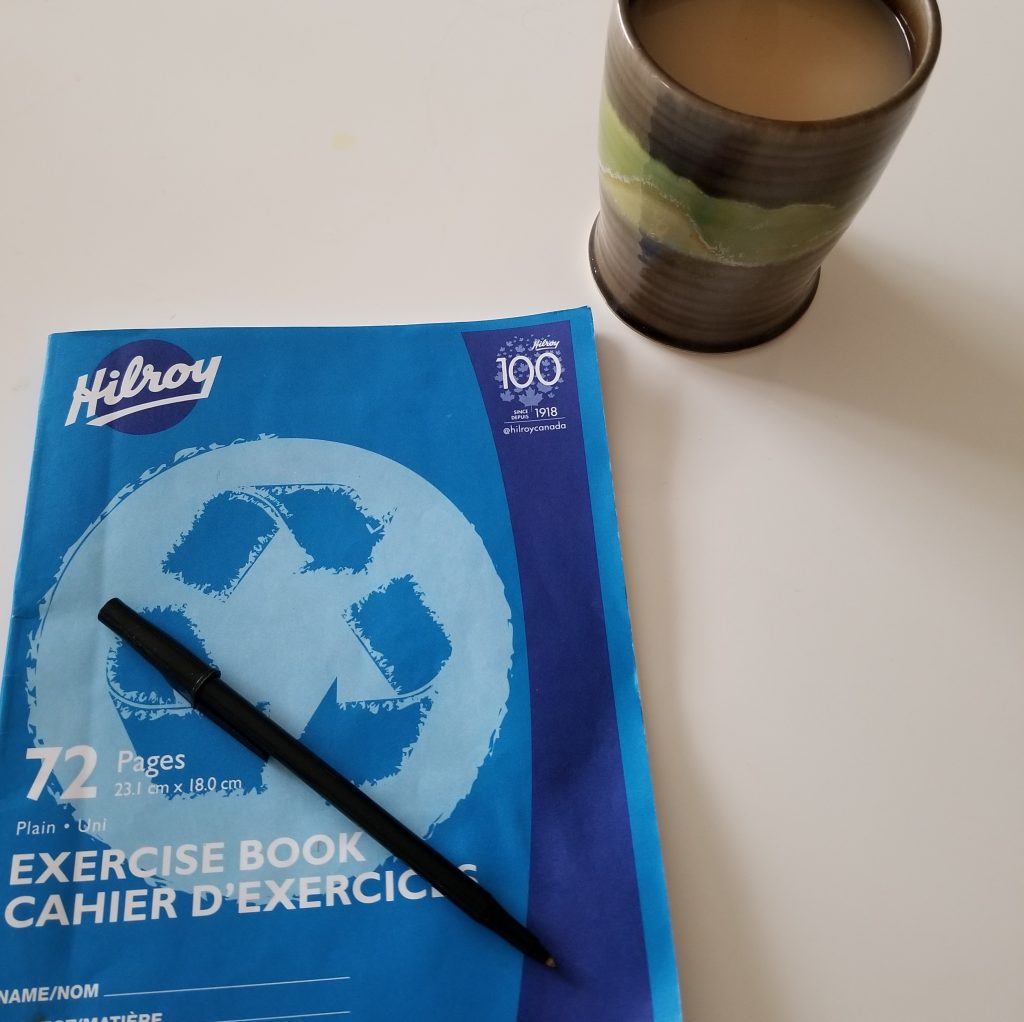 I’m so pleased with the way it’s going, I’m looking around to see what else I want to add into my life. And in fact, I’m writing this blog post as part of what I hope will become my next good habit – writing for an hour every day, no matter what.

I think one of the keys to getting inertia on your side and making these habits stick is to tie them to something so they happen almost automatically. You have to take the decision-making out of the process or, if you’re anything like me, you’ll decide not to, because bodies at rest like to stay that way.

So the savings happens before I can assess what kind of financial mayhem the week has wrought. The walks happen as soon as Alan gets home from work. And the writing, if this habit sticks, will happen before anything else in the morning. And then my day is mine. Until it’s time for walkies.

2 Responses to Let the Power of Inertia Work for You