My Little House is Calling Me

When I was little, my family lived in Detroit. And my Nana, my Mum’s mum, lived in Windsor. Every couple of weeks, my parents would have her visit for the day. We’d drive over to Windsor to pick her up and, after a lovely day of fruit salad for lunch and Nana surpervising us while my parents had a nap and snapping my brothers and sister with the tea towel when they got out of hand, we’d have an early dinner and my Nana would start making motions to leave.

“You can stay the night,” my mother would suggest. “I can run you back in the morning.” It had been a long day, and an international border crossing, even one that people use every day, could be a bit of a hassle. We’d all wave our hands in the air and shout “Yes! Stay the night!”

But no, Nana would thank us kindly for the invitation, but, “My little house is calling me.”

And no matter how hard I listened, I couldn’t hear it.

The suspicion was that we kids had gotten on her nerves and she couldn’t wait to get away from us and have some peace. And there likely was something in that. Have you ever noticed that while five or six seems like a reasonable number of adults, it can seem like an overwhelming, unfathomable number of children?

Still, she insisted, it was her little house, calling her. And she needed to go home.

I’ve always wondered what it was like to have a little house that called your name, that you looked forward to returning to at the end of even the best of days. The feeling of home has been elusive.

Maybe it was because we moved from my childhood home when I was nine. That broke an essential attachment and the house in Windsor never quite had the same feeling.

Or maybe it was because Alan and I moved so much in the early days of our marriage, always with an eye to the resale value and our next big adventure. We lived in places, sometimes for years, sometimes for a few months and made them as nice as we could and filled them with as many happy memories as we could, but no matter where we were, no matter what we were doing, not one of those houses called my name.

We came close when we had Ruffles. There was a little beating heart waiting for us to return, a happy face at the back door and I always looked forward to that. But then Ruffles died and whatever heart that home may have had was gone. So we sold up and moved. 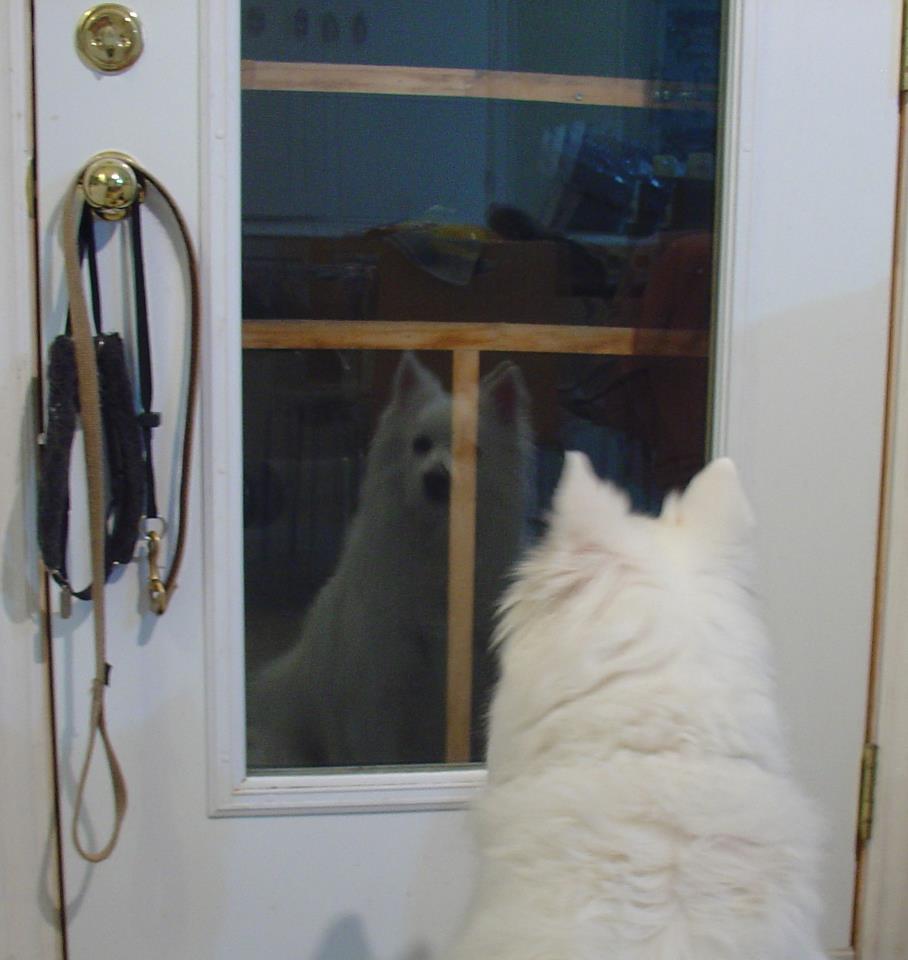 I expected to like living here. The rooms are set up well and there is plenty of light and air.

But what surprised me was the feeling I had the day after we moved in. We moved in on a Tuesday and settled as best we could. We’d had a few weeks to bring boxes over as we packed them up and unpack things into cupboards and closets, so we weren’t surrounded by the usual sea of boxes, but it was still fairly chaotic. And on the Wednesday, we were both due in at the bakery.

At the end of my shift, as I as packing up the unsold loaves and switching off the lights, I thought about Alan coming to pick me up and heading on home. And suddenly, I remembered that home was in a different place. And I felt excited, eager to be back there. I could almost, if I squinted, hear the new apartment calling my name.

And because I like to analyze pretty much everything, I’ve been trying to figure out why this place? Why, of all the many places we’ve called home, is this the one that calls me?

A big part of it, I think, is that it feels so safe. We’re on the second floor of a controlled-access building in a really quiet neighbourhood. Break-ins, while technically possible, would be a real challenge.  The people in the building all look out for each other, so I don’t mind being here alone. If I run into trouble, help is just across the hall.

It’s not just my physical safety that I’m feeling here. I also feel safe to express myself in this space (within the generous parameters set out in the lease). We’re arranging the furniture to suit ourselves and only ourselves. I’ve painted a blackboard wall.  I may need to paint over it if ever we decide to move, but that’ll only take an hour or two and the meantime, I get to play. Bit by bit, we’re making it look as well as feel like home.

And I fully realize that some of this feeling may be a time of life thing. You get to a certain age and you feel like your wandering days are over and, hey, presto! Wherever you happen to have landed magically feels like home. A bit like meeting the person you’re going to marry and all your friends are like, seriously? You held out for that??!?!? And they can’t quite see the charm in him that you can. Which is fine, cuz if all your friends were in love with your spouse, how awkward would that be?

How about you? Does your home call you? Do you know why? What feels like home to you? I’d love to hear your thoughts.

4 Responses to My Little House is Calling Me