Limitations Can Actually Be Kind Of Fun 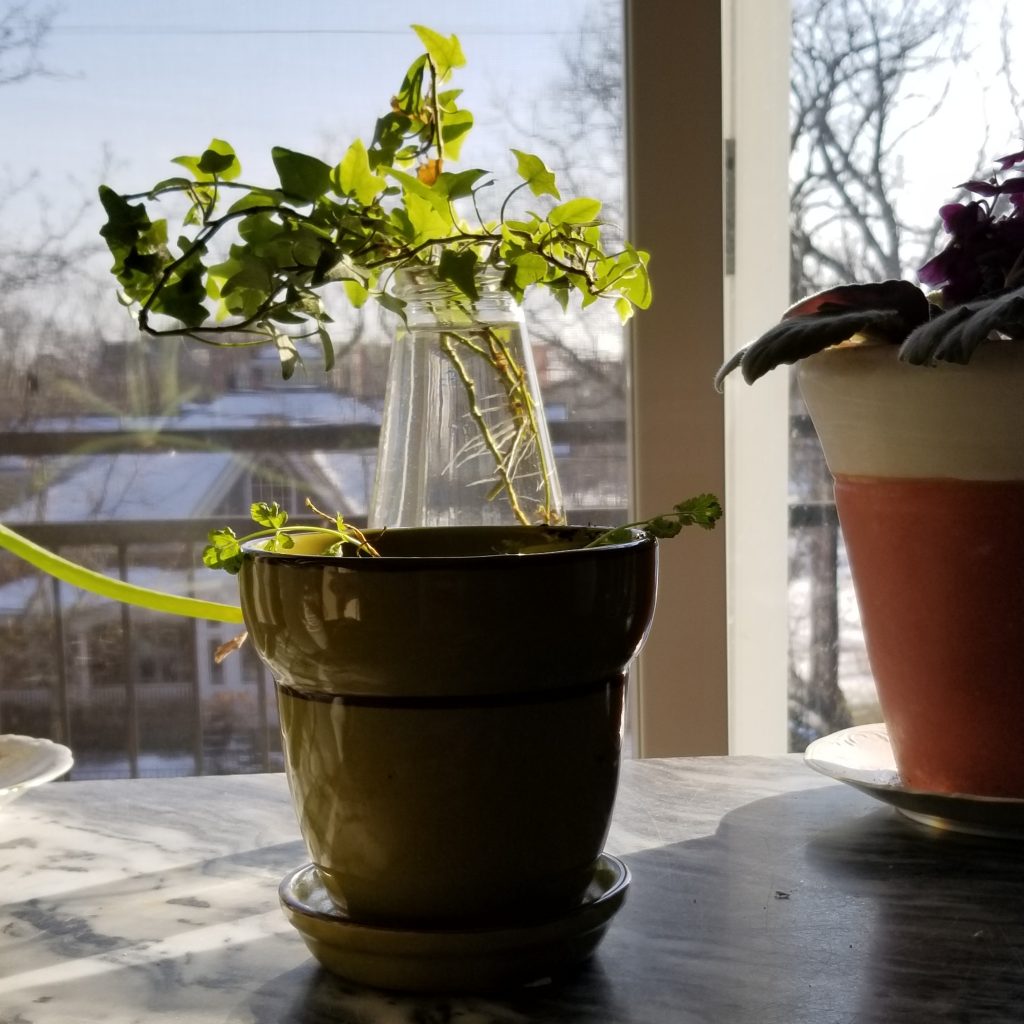 We’ve been in our new place for nearly 4 months now. This puts us at the third shortest time we’ve lived anywhere. Which, if you think about it for just a second gives you some insight into just how hectic our lives have been through the years. It can also give some understanding why I usually feel compelled to unpack, settle in and fully decorate a place as quickly as I possibly can. I mean, if we’re going to be packing up and moving again any minute now, I want to enjoy the place in its finished state for as long as possible.

But we’re not doing that this time. I promised the landlord on our application that we were here for the long haul. We’ve got a ten-year commitment to the bakery. We’re parked here for the foreseeable. Which is good, because I really like where we are. The apartment, the bakery, the city, the marriage. It’s all working well.

So I’ve been able to be a bit lazy about the whole settling in and making this place my own routine. We have stacks of pictures on shelves in closets. I will hang them eventually, but I wanted to enjoy the pristine paintwork for awhile first. Ewan the Super worked really hard on those walls and I think some appreciation is due.

But the realization that time is moving on, that we’re starting to settle in to the middle of the pack in terms of lengths of stays had me feeling a little anxious recently to get going. I’ve been seeing lovely photos of homes with lots of houseplants and thought “Oooh! I want that!” And started making lists in my head of plants that would suit the space and places I could go for the planters to put them in and shelves to put them on. And a rug for the dining room and maybe a couple of comfy chairs…

When we sold the house, we were able to pay off the start-up costs on the bakery (I’ll give you a hint: bakery equipment, even second-hand, is really expensive) and have a small nest egg. And I want that nest egg to grow, just in case we ever decide to retire (no plans yet!)

So my decorating plans came to a screeching halt for awhile, until  we set up some parameters. I decided that we would only buy things as we saved up for them. And, just to make it even more fun, I would source the planters, the shelves and the rest of it second hand. And suddenly, it’s a bit of a game.

I found a lovely little planter at a thrift shop last week, but only one. So I planted up some cilantro that I had been rooting as an experiment (And I realize that it looks a little droopy in the photo. I’m hoping it’s just a bit of post-transplant stress and it will perk up again once it gets used to having its roots in the soil.). The ivy cuttings will have to wait awhile.

There were a couple of chairs in the auction that I thought might be nice, but on the day of the sale, it was cold and snowing out and neither of us felt like leaving our nice warm apartment to bid on them. Sometimes laziness can be really good for the budget.

I’m sure as the weather warms up, we’ll be a little more eager to get out and go looking for things. There’s a thrift store in the next town over I’d like to check out. And our favourite salvage company is always worth a trip.

In the meantime, we’ll save up, practise budgeting for other things and really appreciate each small change as it comes to us. I keep wandering over and smiling at my new cilantro pot, which I likely wouldn’t do if I’d bought a whole bunch of new stuff all at once.

I shouldn’t really be surprised by the fact that I’m having fun with this new set of rules. Sports enthusiasts have known this secret since forever. Each sport has its own set of limits and people get really excited about playing within them. People who can do it really well get paid a lot of money, which they can then use to go out and buy whatever they want with no limits whatsoever, completely forgetting the lessons their sport has taught them.

I’ve really been enjoying my vegan diet over the last year. Putting together a yummy, satisfying meal that my friends would eat within the parameters of no animal products was a challenge I really enjoyed meeting. Now that I’ve introduced fish and occasional servings of meat back in to my diet, I’m losing interest in cooking again. It’s just not as much fun.

We know these limits, these challenges are good for us. They make life far more interesting, cause us to be more creative. We have fun with them when we instigate them. So why do we spend so much time railing against them? We feel bad that we can’t afford to buy everything we want or don’t have the time or the energy to do everything we want. It’s a bit like whining that we can’t play water polo on the football field.

Of course, limitations are only fun if we’re able to place them on our wants. Being so limited that we can’t meet our needs is an entirely different situation and no one should be expected to pretend it’s fun. No one ever needs to move a football down a field while a whole bunch of people try to knock them over. That’s a want, not a need. Decorating my apartment is a want. Placing limits on how I do that helps me to remember that.

I think maybe I’m learning. I think I’m getting better at this. How about you? Have you set any limits on yourself? Has it made life better? I always love hearing what you think!

3 Responses to Limitations Can Actually Be Kind Of Fun