Because Spring is on its way and I feel like making things up, here’s another instalment of my novel-in-progress, Human Resources. You can find the previous chapter here 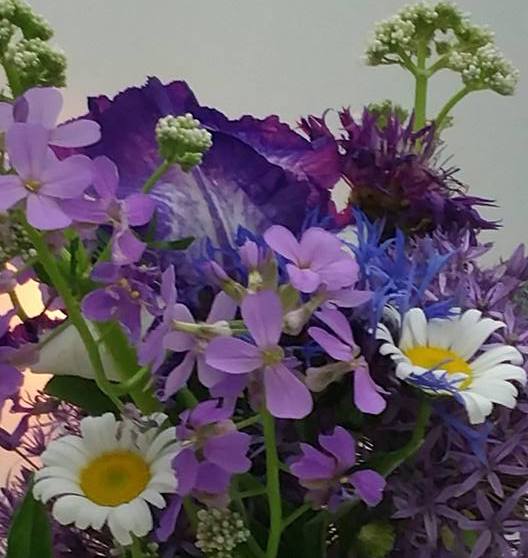 Odin and I had had a fight, one of those arguments that starts out with what happened today and then spirals out of control to encompass your entire relationship from the moment you first met and everything that’s ever been wrong with it and by the time you’re done you wonder if your relationship will survive the night and how will you ever go back to being friends?

That night, my Dad was giving a speech about composting to the local Rotary Club. I had promised ages ago that I would be there.

“Should I back out?” I asked Odin anxiously. “Do we need to talk?”

We were being awkwardly polite with each other, careful with every word that came out of our mouths, not wanting to make a bad situation worse. I hate fighting with Odin. Which is probably why I’ve put up with his irresponsibility for so long.

“And I love you too. I wish you understood that.”

I was crushed with guilt. How could he think I didn’t know he loves me? What kind of a monster am I? “I do. I shouldn’t have said what I did. I was just upset…”

“I know, babe. But you’re right. I need to take more responsibility.”

I felt terrible. I hate the thought of Odin thinking less of himself because of me, even when I think he needs to do better.

So, because more talking wasn’t going to do us any good at that point, I went.

When I got to the hall Mum was in the audience, saving me a seat. “You’re late,” she said anxiously.

“He’s backstage, if you want to go wish him luck. Through that door.” She pointed.

So I headed backstage to see how he was doing.

It was adorable. They had a little green room set up. Dad was pacing nervously, whispering to himself.

“Ann, honey! Thanks for coming. I thought maybe you had changed your mind!”

I hugged him. “Just because I can’t use any of your compost doesn’t mean I don’t care,” I told him.

I looked around the room. “This is nice,” I said. There was a small table with bottled water and a few muffins. Even a flower arrangement. I looked a little closer. “Don’t eat the flowers, Dad.”

I picked a stray petal off his lapel and showed it to him.

“I was leaning in for a sniff…”

“You know not all flowers are edible, right?”

“Then why do they serve them in restaurants?”

“They serve the edible ones in restaurants. The ones that are safe to eat.”

He looked worried all of a sudden and I started to backpedal. “You only had a taste right?”

“Then you’re fine,” I assured him, hoping I was right. “But now that you know all about compost…”

He started to tell me that in the endlessly fascinating world of rotting down food to make dirt, he had barely scratched the surface.

“Well, you’ll want to add the endlessly fascinating world of edible flowers to your research,” I suggested. “There might even be some that will feed your compost. Think of the nutrients!”

As he started to consider the wondrous possibilities, one of the Rotarians tapped on the door. “Five minutes, David,” she said with a smile.

“I’ll get back to Mum,” I said, brushing him down one last time. “Let you get on with your process.”

“Thanks, love. Er…. Don’t tell her about,” he tilted his head toward the bouquet.

“How is he?” my Mum asked as I resumed my seat.

“Good,” I nodded brightly. “Nervous. But they’re taking good care of him. They even put flowers in the green room.”

“He didn’t eat them, did he?” Mum looked worried.

“Only a couple,” I shamelessly ratted out my father, stunned both that he would eat any flower presented to him and that my mother knew this.

“I keep telling him it’s wrong, but he won’t listen. ‘If it weren’t safe, why would restaurants do it?’ he asks. I just hope he hasn’t made himself sick.”

“Nothing serious,” Mum patted my hand in reassurance. “But one of these days he’s going to.”

“I suggested he do a bit of research,” I said, patting her back. “See how they tie in to the compost.”

As the Head Rotarian took to the stage, I settled back in my seat amazed at my mother’s forbearance. My Dad ate flowers, despite her repeated warnings and she still loved him. And this was one of his milder quirks.

I sighed. It put my argument with Odin in a new perspective. If Mum could still love Dad after all the years and weirdness, maybe Odin and I deserved another chance.

This entry was posted in Make Believe and tagged Human Resources. Bookmark the permalink.