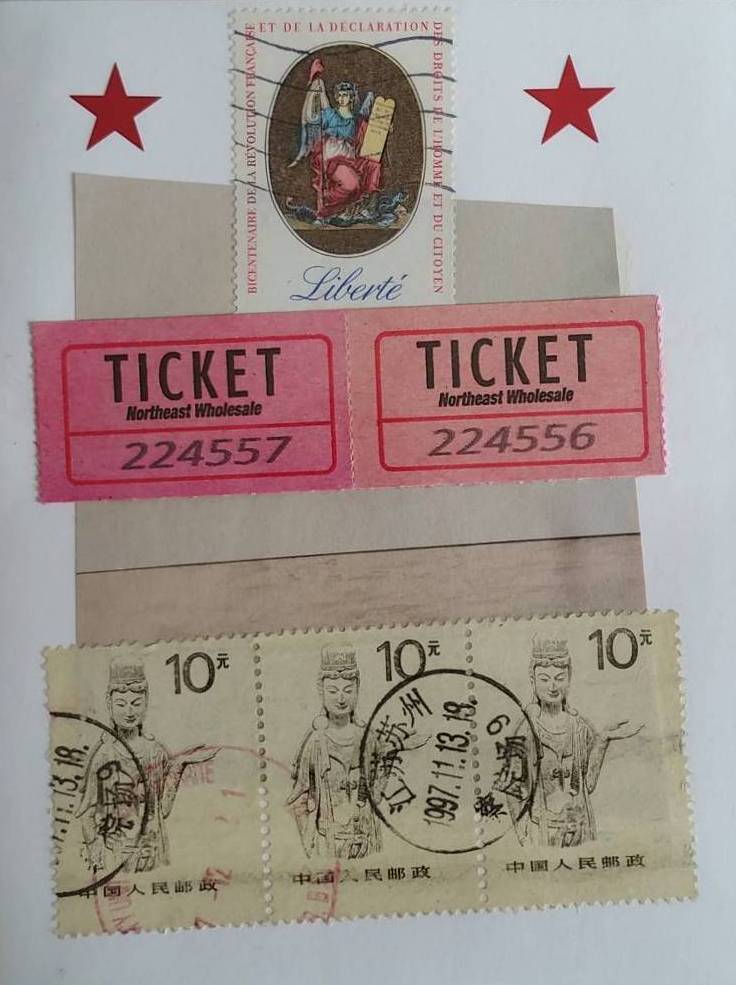 So I’ve been handed my life back. At an age when any kind of diagnosis is usually forever. And, knowing many wonderful people for whom a diagnosis of illness is a diagnosis for life, I do know how very lucky I am.

It’s a strange feeling, this. This mysterious ailment that came to visit (we still don’t know exactly what it was – we’re calling it Reactive Arthritis, even though it’s maybe not really that) took up so much space in my life, took it over so completely, that I had to let nearly everything else go. I’m no longer involved in the bakery. I’m not doing any volunteer work. I gave up my yoga classes. At a particularly low point, I wasn’t even able to take Ruffles out for his morning walks on the two days a week Alan starts at the bakery really, really early. This disease, this intruder, swept in, took it all away and then slowly ebbed out. And I am left with, what, exactly? An unsought clean slate at the very least. And a strong desire to know what to make of it.

Alan and I had a friend, Fiona, who was tragically widowed far too young with five children to look after. She once told me the story of the aftermath of Wally’s sudden death in a horrifying accident.

On the morning after, she was sitting in her garden with a neighbour when her pastor showed up to offer what comfort and wisdom he could.

“I suppose you’re asking why this happened?” he eventually asked her.

She admitted that, yes, the thought had occurred. But he told her that was the wrong question. It happened because it happened. The question to ask, he told her, was “What now? This has happened. What do I do now?”

A bit harsh, perhaps for a new widow, but I keep returning to that story as I start to recover. My life has been upended. What do I do with it now?

Because it seems like a waste of an opportunity to just go back to the way things were before, to sigh with relief and take up all my old habits and commitments. I didn’t ask for this opportunity, but it’s been given to me, an awkward and unwelcome gift. I might as well make the best of it, mostly because I can’t stand the thought that an entire year of my life has been a meaningless waste.

I’ve said before that I really don’t like the expression that ‘Everything happens for a Reason’, but I couldn’t articulate the process to my satisfaction until I saw this wide-ranging TED talk by the fabulous Andrew Solomon in which he says, “We do not FIND meaning in our suffering. We FORGE it.” And I high-fived my laptop and thought, Yes! That’s it exactly!

These things happen to us, painful, undeserved events and they don’t happen for a reason. God is not saying, “You need to suffer the death of your child because there’s no other way for you to learn compassion.” Or “Bankruptcy for you! It’s the only way you’ll start that business that makes your life worthwhile.” It doesn’t work that way.

I’ve tortured myself with the thought that maybe it does enough for several lifetimes.

Back when we were going through the infertility trials, people would try to tell me that I needed to learn to trust God more or be a better person or learn some other nebulous life lesson that I was totally willing to learn, if only it would reveal itself to me. And it was so cruel for these people to suggest that to me. It was cruel for me to take it in and use it against myself. Because there was no way I would have been a worse mother than anyone who didn’t need to learn those lessons. I wasn’t able to be a mother for the simple reason that my body wasn’t built to do that. Whatever lessons I learned from that were down to me. And the life that Alan and I have built is our way of forging meaning from that disappointment.

I’ve been doing a lot of journaling this year, a habit I had given up for awhile. Making lists of things I like to do and things I will happily let go. And bit by bit, I will add things back in to my life, intentionally and at a considered pace.

And I’ve realized that you don’t need to have a catastrophe to do this for your life. A quiet afternoon and a stack of paper is really all that’s required. Imagine yourself unable to do all the things you do now and then being given that ability back with all of your commitments wiped out. What would you add back? Is there anything that’s not in your life now that you would like to be there? How can you go about adding that?

It can be scary to walk away from a commitment just because it no longer suits you. Had I not been almost completely immobilised (seriously, walking the ten feet from my bed to the bathroom was such a major expedition that I’d have to have a nap afterward) I likely wouldn’t have changed anything. Which I’m seeing now is really unhealthy. I would be so happy if you could learn from my experience without having to live through it yourself.

You have the rest of your life ahead of you. Now what?

8 Responses to Now What?