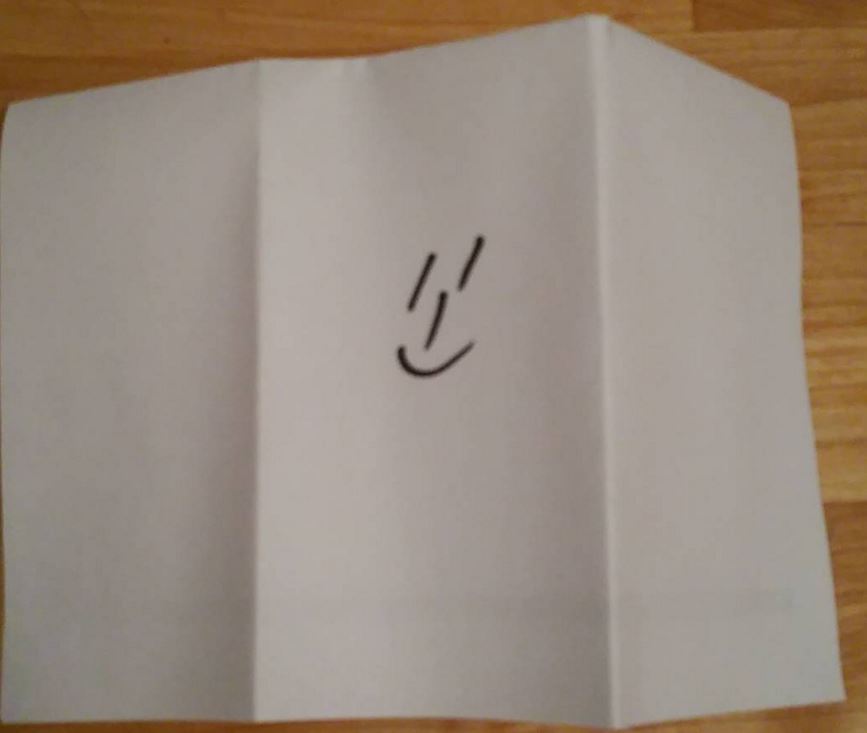 A little while ago, the depression that usually hangs around and steps on my toes (annoying, but manageable) decided to ramp up its game. It had me in a full-nelson and would not let go, no matter how many times I yelled “Ollie Ollie oxen free-o (don’t you love it when people who have no idea what they’re doing try to use sports analogies?)!!!”

Somewhere I had read that depression is easier to deal with if you can picture and personify it. Mine looks like one of Sandra Boynton’s hippos. In a flowery dress and babushka. Don’t ask me why.

Eventually, maneuvering through life with a hippo attached to my back, ensnaring my arms, became more difficult than even my mad skills could cope with. So I did what every mental health website everywhere tells you to do: I went to see my doctor. It took a few weeks to get an appointment.

He was concerned about my situation and offered the usual. No, thank you, I didn’t want the pills. My naturopath has me on a mild herbal supplement that seems to be working. The hippo is still there, but is no longer attempting to throw me to the ground every time I think about actually getting up and doing something. I thought maybe seeing a therapist?

Because Alan and I are self-employed, we don’t have benefits, which as far as I can see is not such a terrible thing in a country where we have universal health care. Yes, we have to pay for dental visits and physiotherapy is only covered if we go out of town for it, but mostly, it’s fine.

I am only eligible for four visits with a therapist per year. “I can talk really quickly,” I said. The hippo nodded.

So my doctor sent me for an initial assessment (covered! he was relieved to tell me) and a few weeks later the hippo and I made our way to the office.

I filled out a questionnaire and was shown into a small room with the messiest desk I have ever seen in a professional setting (my brother Kevin wins the prize in the domestic category, hands down, or did when we were kids.). The woman behind the desk looked tired. And I don’t like to judge on appearances, but, honestly, I had taken more care to put myself together and that’s really hard to do with a giant hippo getting in your way and telling you to just go back to bed. Still. Books and covers and all that. I was ready to give her a chance.

“Here’s the thing,” she said, rearranging some of the crap on her desk. “We have, like, NOOOO budget for mental health care. The government keeps cutting us back and….”

I was preparing to get up and leave when she continued. “So you’re only eligible for four sessions with a therapist and the first one will be used up with the intake interview.”

“Okaaaaaaay…..” I said, thinking four is better than what I’ve got now, which is nothing.

“So how bad is the depression?” she asked. And I told her about the questionnaire my naturopath had had me fill out, the results of which surprised even me, because, come on, feeling ugly and like you’re a failure at everything is a sign of depression???? I had no idea!

So, yeah. Bad. Teetering between severe and extreme before the herbal supplement was delivered (and when I opened up the box, the person who had packed it had drawn a smiley face on the back of the packing slip. Totally made my day, by which I mean I cried) and things started getting better.

“And yet,” said my intake interviewer with the bad hair and really ugly sweater, “you’re up, and you’re dressed….”

When I relayed this conversation to my sister later, she said, “….maybe she was trying to encourage you…..?” My sister is kindness personified.

“Yeah, I got dressed because I had an appointment. I always keep my commitments. It’s just really hard.”

“And what has to give to keep those commitments?” she asked, patting down yet more crap on her crappy desk.

“Me,” I said. “I can keep my commitments but I can’t look after my own stuff.”

She brightened a little at that. “So you’re a (insert some official-sounding label that I cannot now remember).

“Well, I can sign you up for the therapist, or you could go to group therapy at the hospital…”

The hippo and I both shook our heads. My hippo doesn’t do groups.

“Or…. you’re also eligible for eight sessions with a cognitive behavioural therapist. It’s a really effective form of therapy that’s more successful than any drug we could throw at you.”

“OK. Well there are a looooooot of people on the waiting list, so it’ll be several months before you’re called,” she said. “Will you be OK?”

“Yeah,” I said. “I’ve got a good team around me. My husband is very supportive. And I have a dog (not at all supportive, but he fills my heart with joy).

And then, as she filled out the paperwork, tears started leaking out of my eyes despite everything I tried to do to stop them, because I so did not want to cry in front of this woman. And I felt lonelier than I ever have during this long, long fight.

This was two weeks before Christmas. I still haven’t heard from the therapist.

Contrast that to my treatment a few years back when my gallbladder went south. I saw the surgeon a week after talking to my doctor. He had a look round and said, “I can fit you in a week from Friday.”

He smiled kindly. “Ok. How ’bout next month. Will that give you time to prepare?”

I can only conclude one of two things. Either we don’t value people with depression and other forms of mental illness nearly as much as we value those with blown-out gallbladders. Or there are just so darned many of us in need of help that the entire budget needs a serious rejigging (Look! Another sports analogy. Sailing is a sport, right?).

The supplement is working. I am learning new ways to cope. The hippo spends a bit of time each day with her feet up, enjoying a cool drink.

But if you know someone with depression, know that their journey is hard and the people who are put here to help them often don’t.

12 Responses to The Depression Games