Choose Less but Choose Better Seems Like a Lot of Pressure

I’m sure you’ve seen the phrase: Choose Less but Choose Better. It shows up several times a day in my Pinterest feed, always in a beautifully hand-lettered font. It’s meant to be inspiring. I get it. From a certain angle, it can mean that choosing to buy fewer things will free up enough cash that you can buy one good quality item, rather than a bunch of sort of OK stuff. 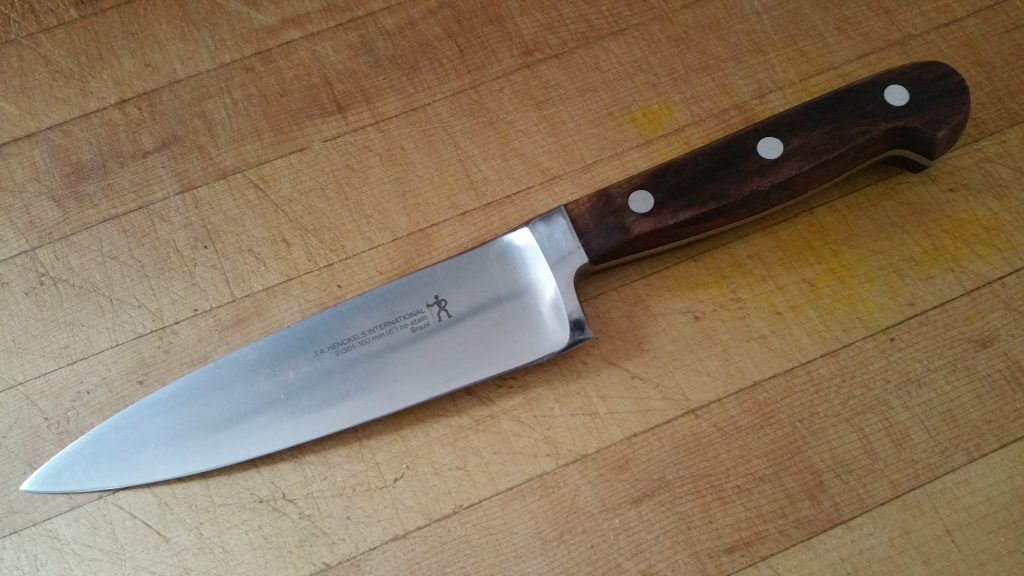 And from that angle, it’s a good idea. One sharp, sturdy knife, in the right hands, can replace a bevy of second-rate kitchen tools that take up more space than they should and just kind of get the job done. And need to be taken apart to be properly cleaned, running the risk of losing bits so that you can’t even really use them again, where a really good knife only needs a quick rinse and a wipe and it’s ready for the next task and only takes up a few square inches of storage. I am totally down with that.

Clothing is another area where this idea can work well. Quite a few years ago, Alan bought a really well-made heavy cotton sweater at a thrift store. It was a classic design, fit him perfectly, worked as outerwear in Spring and Fall and as an indoor sweater in the Winter. He could wear it for all but the really dressy occasions and it was really comfortable. It was one of maybe five sweaters he owned in total, so he wore it a lot. And always looked fantastic and always garnered compliments.

It’s wearing out now, with a run in one elbow and the collar in tatters. He still wears it, still gets the occasional compliment. He’s gotten not only his own money’s worth out of it, but the money’s worth of whoever bought it originally, no matter how much they paid.

But if you tilt your head a little the other way, it can sound like a lot of pressure. It can make of minimalism the same sort of aspirational competition that it’s meant to avoid. Is my kitchen knife good enough? Will my sweater stand up to the scrutiny? Do I need to get rid of my second-rate whatevers that have actually been working for me up till now and replace them with the one better thing? And doesn’t that get kind of expensive and exhausting?

In any house full of stuff, in any given life, you’re only going to actually care about a handful of categories of stuff. Only a few kinds of things will matter to you. It will probably serve you to choose “better” in those categories. For the rest, you can make do and muddle through.

Alan and I spend a lot of time in the kitchen. Even more lately since I discovered that a whole-food, vegan diet is the path to follow in managing my inflammatory arthritis and Alan trained to cook like a carnivore.

It’s not that he’s not interested in my new path. He’s in there with me, leaning new skills, trying new recipes. And since I’ve been doing the research, I need to be there, too, getting familiar with a whole new range of ingredients, after years and years of happily being cooked for. And those better knives he bought when he went to Chef School 25 years ago are getting quite a workout and holding up really well, as is the heavy-duty blender we bought for our twentieth anniversary 13 years ago.

We don’t use much else. My knife skills are getting better and we’re having fun figuring it all out.

Kitchen stuff matters to us.

What doesn’t matter much is furniture. And while we have pared down how much of it is in the house, we haven’t done much in the way of upgrading, except for our dining room table, because I took over the old one to use as my desk and because Alan thinks that a round table works better for  dinner parties. So we bought a round one on sale and I totally agree with the dinner party thing. I never get stuck with no one to talk to, which can happen when you’re at the end of a rectangular table. 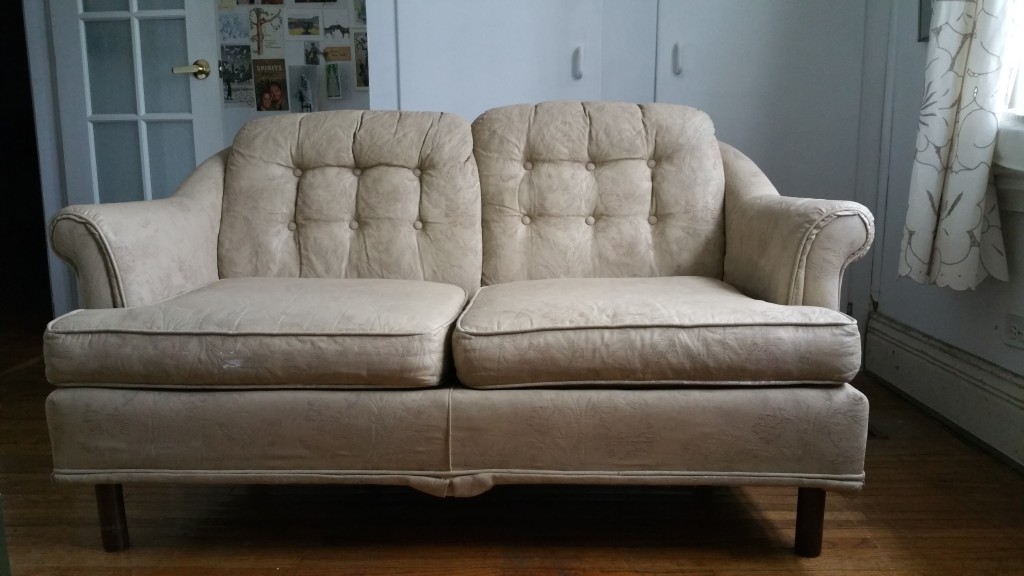 Our sofa, on the other hand, is the one my parents bought in 1986. It came to us when my Mum moved into the nursing home. It was in good shape, but I didn’t like the ’80’s floral fabric. So I painted it. Because it occurred to me that a painting is, at its base, paint on fabric stretched over a wooden framework. Kind of like a sofa.

A friend of ours thought that I was pretty brave to try it. Seven years later he came for a visit and nearly fell over when he realized he was sitting on the same sofa and it was still holding together. It’s been five years since that visit and we’ve no plans to replace it.

I like a nice house. I like good-looking, comfortable furniture, but it doesn’t matter to me the way those knives do.

This doesn’t need to be an onerous process if you’re trying to lighten up your possessions. You probably already know which categories matter to you. Or you might want to take a bit of time to get to know yourself, to separate what you actually care about from what you think you should care about, or admit to yourself that you really do care about things you think maybe you shouldn’t (hello, shoes!). Then, as you jettison the excess, you can just downsize the categories that don’t matter without feeling any pressure to upgrade to better.

How much time, energy or cash you put into this process is entirely up to you.